The Woman Who Thought too Much 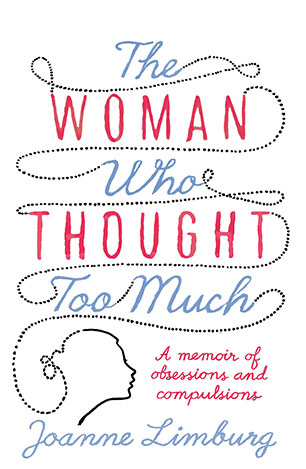 An intensely honest, riveting and surprisingly witty literary memoir of one woman's life as a sufferer of Obsessive-Compulsive Disorder.

Joanne Limburg is a woman who thinks things she doesn't want to think, and who does things she doesn't want to do. As a small child, she would chew her hair all day and lie awake at night wondering if heaven had a ceiling; a few years later, when she should have been doing her homework, she was pacing her bedroom, agonising about the unfairness of life as a woman, and the shortness of her legs. By the time she was an adult, obsessive thoughts and compulsive behaviours had come to dominate her life. She knew that something was wrong with her, but it would take many years before she understood what that something was.

This vividly honest memoir is a sometimes shocking, often humorous revelation of what it is like to live with so debilitating a condition. It is also an exploration of the inner world of a poet and an intense evocation of the persistence and courage of the human spirit in the face of mental illness.
More books by this author

Joanne Limburg was born in London in 1970, and studied Philosophy at Cambridge. She is the author of two poetry collections. Femenismo (Bloodaxe, 2000) was shortlisted for the Forward Best First Collection Prize; Paraphernalia (Bloodaxe, 2007) was a Poetry Book Society Recommendation. She lives in Cambridge with her husband and son, and is currently the Royal Literary Fund Fellow at Magdalen College.