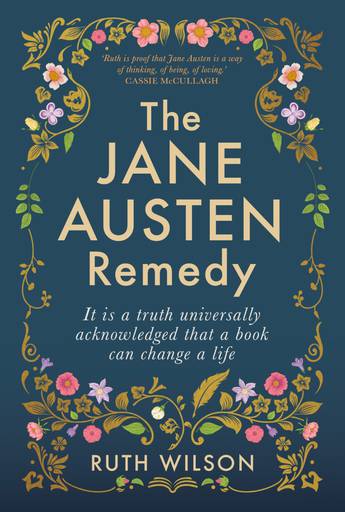 An uplifting and delightfully bookish memoir about an 89-year-old woman who reclaims her life by re-reading each of Jane Austen's novels.

As she approached the age of seventy, Ruth Wilson began to have recurring dreams about losing her voice. Unable to dismiss her feelings of unexplainable sadness, she made the radical decision to retreat from her conventional life with her husband to a sunshine-yellow cottage in the Southern Highlands where she lived alone for the next decade.

Ruth had fostered a lifelong love of reading, and from the moment she first encountered Pride and Prejudice in the 1940s she had looked to Jane Austen's heroines as her models for the sort of woman she wanted to become.

As Ruth settled into her cottage, she resolved to re-read Austen's six novels and rediscover the heroines who had inspired her; to read between the lines of both the novels and her own life. And as she read, she began to reclaim her voice.

The Jane Austen Remedy is a beautiful, life-affirming memoir of love, self-acceptance and the curative power of reading. Published the year Ruth turns ninety, it is an inspirational account of the lessons learned from Jane Austen over nearly eight decades, as well as a timely reminder that it's never too late to seize a second chance.
More books by this author

Ruth Wilson read her first Jane Austen novel in 1947. In 2021, at the age of eighty-eight, she graduated from The University of Sydney with a PhD that suggests a new approach to reading literary fiction at school. She encourages her four children, five grandchildren and eight great-grandchildren to read widely, wisely and well. She and her husband are LATs, a married couple who live apart together.