A Portrait of Growing Up Between Different Worlds 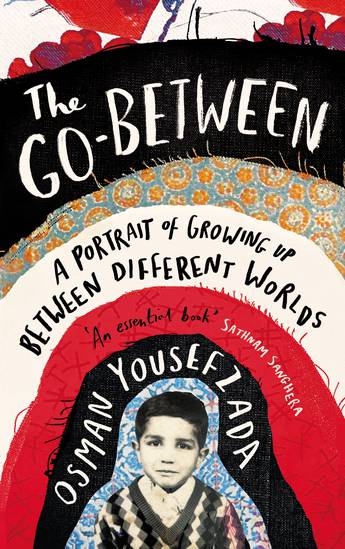 An enlightening memoir of living between worlds and learning how to find one's own - from the renowned fashion designer.

A coming-of-age story set in Birmingham in the 1980s and 1990s, The Go-Between opens a window into a closed migrant community living in a red-light district on the wrong side of the tracks.

The adult world is seen through Osman's eyes as a child: his own devout Pashtun patriarchal community, with its divide between the world of men and women, living cheek-by-jowl with parallel migrant communities. The orthodox attend a mosque down the road from the prostitutes and pimps. Children balance Western school teachings with cultural traditions.

Alternative masculinities compete with strict gender roles, and female erasure and honour-based violence are committed, even as empowering female friendships prevail. The stories Osman tells, some fantastical and humorous, others melancholy and even harrowing, take us from the Birmingham of Osman's childhood to the banks of the river Kabul and the river Indus, and, eventually, to the London of his teenage years.

Osman weaves in and out of these worlds, struggling with the dual burdens of racism and community expectations, as he is forced to realise it is no longer possible to exist in the spaces in between.
More books by this author

Osman Yousefzada was born in Birmingham. He is an artist and a designer, who studied at SOAS and Central Saint Martins, and went on to do a Masters at Cambridge University. As well as being nominated for various fashion awards, he has been awarded the prestigious British Fashion Council NEWGEN award for three consecutive seasons. Osman has been nominated for the Annual Designs of the Year Award at the Design Museum, and shortlisted for a Frieze Art Award. He curates a collaborative journal, The Collective, a cross-disciplinary publication featuring artists, writers and other creatives. The Osman clothing line is sold internationally and is worn by celebrities including Beyonce, Lupita Nyong'o, Thandiwe Newton, Gwen Stefani, Emma Watson, Freida Pinto and many more.