The Trials of Oscar Pistorius 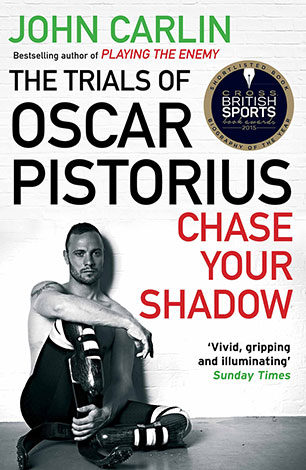 From birth to jail, from triumph to tragedy - the sensational story of Oscar Pistorius, from the acclaimed author of Playing the Enemy (filmed as Invictus).

Before Valentine's Day of 2013, Pistorius was best known as an extraordinary athlete, the 'Blade Runner' who became the first amputee in history to compete in the Olympics. Everything changed after he shot his girlfriend Reeva Steenkamp dead in the early hours of 14 February. Overnight, the Olympian's status as a role model was replaced by tales of erratic behaviour and a violent dark side.

With unique access to Pistorius himself, as well as to his friends and family, Carlin paints a portrait of a complex personality, a man whose heroic rise and even more dramatic fall is one of the most remarkable sports stories ever told.
More books by this author

John Carlin grew up in Argentina and in the UK and spent 1989-95 in South Africa as the Independent's correspondent there. He has also lived in Spain, Nicaragua, Mexico and Washington, writing for The Times, the Observer, the Sunday Times, the New York Times, among other papers, and working for the BBC. His previous books include, Playing the Enemy (2008), the basis of the film Invictus, directed by Clint Eastwood, which earned Oscar nominations for both Matt Damon and Morgan Freeman, and Knowing Mandela (2013).