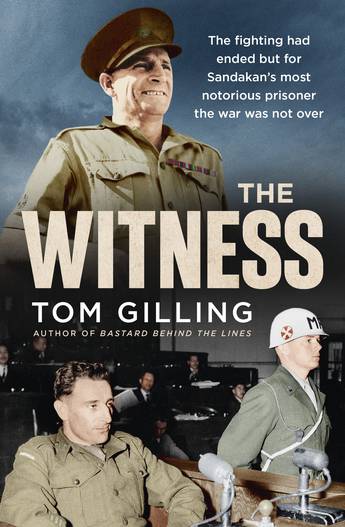 He did what he needed to survive . . . the story of Sandakan's most notorious POW.

At the Australian war crimes trials that followed World War II, one prosecution witness stood out: he was Sergeant-Major Bill Sticpewich.

During Sticpewich's three years inside the infamous Sandakan POW camp, hundreds of Australians had died of starvation, sickness and overwork. Others were shot or bayoneted by Japanese guards on brutal forced marches. Of more than 2400 Allied prisoners at Sandakan, only six came home. It was Sticpewich's meticulous evidence that sent Sandakan's sadistic commandant and his henchmen to the gallows.

But to his fellow prisoners Bill Sticpewich was not a war hero but a collaborator who avoided heavy labour and obtained extra food by ingratiating himself with the Japanese.

Was Sticpewich a traitor or an opportunist or both? Drawing on wartime records, interviews and the recollections of survivors, The Witness unravels the story of Sandakan's most notorious prisoner.
More books by this author

Tom Gilling is an acclaimed novelist. The Sooterkin, Miles McGinty and Dreamland have all been published in Australia, as well as London and New York. He is co-author with Clive Small of the highly successful Smack Express, Blood Money, Evil Life and The Dark Side. His most recent books are the well received The Lost Battalions and Bastard Behind the Lines.