A Passion for Poison

A true crime story like no other, the extraordinary tale of the schoolboy teacup poisoner 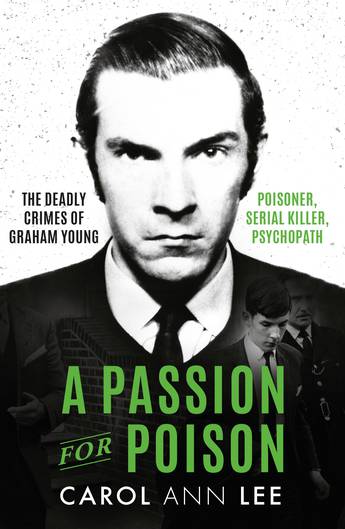 'The whole story is so terrible. You will be disgusted and amazed.'
Graham Young, confessing his crimes to detectives

There are few criminal cases more astonishing yet less well known than that of Graham Young. A quintessentially British crime story set in the post-war London suburbs, it involves two sensational trials, murders both certain and probable, a clutch of forgiving relatives, and scores of surviving victims.

Fourteen in the summer of 1962, Graham stood in the Old Bailey dock charged with poisoning a schoolfriend and family members by adding antimony to their packed lunches, Sunday roast and morning cups of tea. Diagnosed with multiple personality disorders, Graham's trial resulted in his detainment at Broadmoor, where he was the youngest patient.

But it was on his release from Broadmoor that Graham caused the greatest harm. Finding employment in Hadlands, a photographic supplies firm, his role as junior storeman meant he was expected to make tea and coffee for his colleagues. And very soon, numerous members of staff began experiencing crippling stomach pains...

A psychologically astute insight into the mind of a complex and intriguing individual, A Passion for Poison is true crime at its best.
More books by this author

Born in Yorkshire in 1969, Carol Ann Lee spent her childhood in Cornwall and now lives in York. She has written on subjects as wide-ranging as Anne Frank and Ruth Ellis, and specialises in true crime. Her book on Myra Hindley, One of Your Own, is the definitive study of both Hindley and the Moors Murders case. Lynda La Plante chose Somebody's Mother, Somebody's Daughter, Carol's 2019 book on the victims and survivors of the Yorkshire Ripper, as her 'Book of the Year' in the Christmas edition of The Big Issue. The Murders at White House Farm, Carol's 2015 book, was optioned for television by New Pictures, and aired on ITV1.