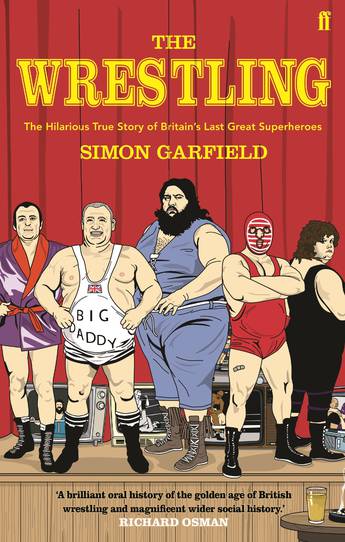 The hilarious, absurd and tragic story of British wrestling, told by one of the most talented non-fiction writers around.

This is a book about Kendo Nagasaki, Mick McManus, Les Kellett, Klondyke Kate and Dr Death - men and women who used to fight each other every night for pride and money.

Margaret Thatcher once wrote adoringly to Big Daddy, and Frank Sinatra told Giant Haystacks that British wrestlers were the best entertainers in the world. The Duke of Edinburgh attended the live shows, expressing a preference for Johnny Kwango, who specialized in head-butts. Millions would watch this curious pursuit on television every Saturday afternoon. Many said it was a fake, yet many more didn't seem to mind.

But then Big Daddy had a stroke, the commentator started making sexploitation films and a plumber from Wolverhampton made an unexpected housecall on Kendo Nagasaki. They took it off the television shortly after wrestlers started dying during the bouts. These days, those who are left like to talk.
More books by this author

Simon Garfield was born in 1960. He is the author of Expensive Habits: The Dark Side of the Industry (1986), The End of Innocence: Britain in the Time of AIDS (1994), which was awarded the Somerset Maugham Prize, The Wrestling (1996), The Nation's Favourite: The True Adventures of Radio 1(1998), the best-selling Mauve (2000), described by the Daily Telegraph as 'a remarkable book about science which also happens to be a miniature work of art', and the acclaimed The Last Journey of William Huskisson, as well as three recent works of history: Our Hidden Lives, We are at War and Private Battles.

Cricket As I See It Allan Border

A Year to Remember Michael Maguire

Amen Will Swanton and Brent Read