The Theatrical Notebooks of Samuel Beckett 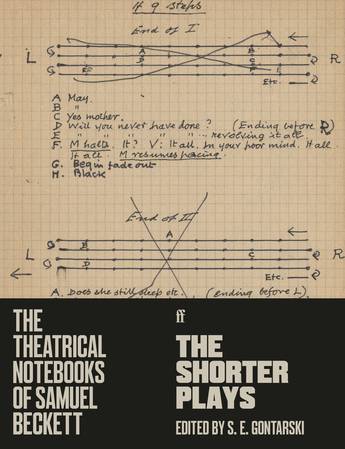 This volume completes the publication of this series of notebooks, the plays in question being Play, Come and Go, Eh Joe, Footfalls, That Time and What Where.

Professor Gontarski brings his own experience as a director to editing this book, which provides a continuing revelation of the playwright's approach to the staging of his work. To these 'shorter plays' Samuel Beckett devoted the same care and attention to the details of textual revision and stagecraft as he did to the full-length works, and this book contains revised texts prepared on the same editorial basis as before.
More books by this author

Samuel Beckett was born in Dublin in 1906 and graduated from Trinity College. He settled in Paris in 1937, after travels in Germany and periods of residence in London and Dublin. He remained in France during the Second World War and was active in the French Resistance. From the spring of 1946 his plays, novels, short fiction, poetry and criticism were largely written in French. With the production of En attendant Godot in Paris in 1953, Beckett's work began to achieve widespread recognition. During his subsequent career as a playwright and novelist in both French and English he redefined the possibilities of prose fiction and writing for the theatre. Samuel Beckett won the Prix Formentor in 1961 and the Nobel Prize in Literature in 1969. He died in Paris in December 1989.