The Man Who Invented Motion Pictures

The Genius, Secrecy and Disappearance of Louis Le Prince 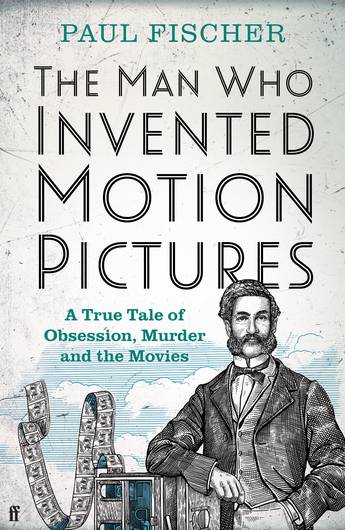 Who killed the inventor of the motion picture camera - and why?

In 1890, weeks before the public unveiling of his camera and projector - a year before Thomas Edison announced that the had invented a motion picture camera - Le Prince stepped on a train in France - and disappeared without a trace. He was never seen or heard from again. No body was ever found.

Le Prince's family were convinced Edison had stolen Louis's work, and so they sued the most famous inventor in the world. By the time the lawsuit was over, Le Prince's own son was dead under suspicious circumstances - and modern Hollywood was being born.

Paul Fischer's new book excavates one of the Victorian age's great unsolved mysteries, and in the process offers a revelatory rewriting of the birth of motion pictures.
More books by this author

Paul Fischer was born in Saudi Arabia. He is the author of A KIM JONG-IL PRODUCTION, the true story of the kidnapping of two South Korean filmmakers to Kim Jong-Il's North Korea, which was translated into fourteen languages, nominated for the Crime Writers' Association Non-Fiction Book of the Year Award, and chosen as one of the best books of 2015 by NPR and Library Journal. His writing has appeared in the New York Times, Los Angeles Times, the Narwhal, the Independent, the Guardian, SyfyWire, and Bright Wall / Dark Room among others