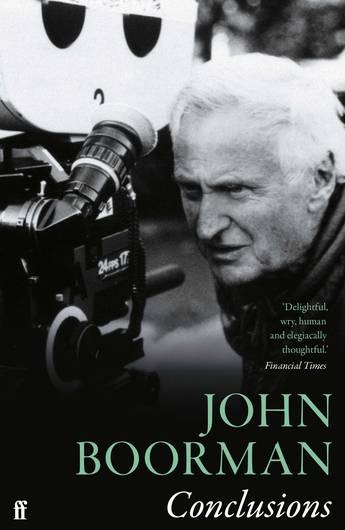 The concluding thoughts of one of Britain's greatest film-makers (Point Blank, Deliverance, Excalibur, Hope and Glory, The General ...)

John Boorman is one of the cinema's authentic visionaries, drawn to myths and dreams. The undisputed heir to David Lean, his films, such as Point Blank, Deliverance and Excalibur, exhibit a continual search for the truth that only art can convey.

In Conclusions Boorman summarises what he has learned about the craft of film-making, and wishes to pass on to the next generation of film-makers. Into this tapestry of cinematic memories, he also weaves the story of his kith and kin, including the death of his cherished elder daughter, and an evocation of the forest of trees that he has planted as his final legacy.
More books by this author

John Boorman was born in London in 1933. His career as a film director includes Point Blank, Deliverance, Excalibur and Hope and Glory. He is a five-time Academy Award nominee, and was twice awarded Best Director at the Cannes Film Festival. He is the author of a memoir, Adventures of a Suburban Boy, as well as Money Into Light: The Emerald Forest - a Diary, and is also the co-founder and editor of Faber & Faber's long-running series Projections: Film-makers on Film-making.