The story of extinct, endangered and rediscovered species 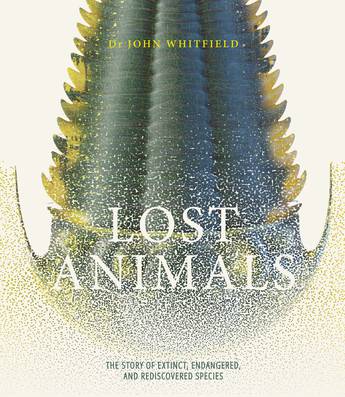 Documenting the species that have emerged, disappeared and been reborn over the millennia since the Cambrian Explosion, Lost Animals is the story of life on Earth.

Documenting the species that have emerged, disappeared and been reborn over the millennia since the Cambrian Explosion, Lost Animals is the story of life on Earth.

Over 520 million years ago, all the major animal groups - molluscs, worms, crustaceans, vertebrates - appear in the fossil record in what is, geologically speaking, the blink of an eye. As well as the animals we're familiar with today, evolution also experimented with now-obsolete body forms. Once, the world was a blank slate, but as this slate filled up, some lines were erased while others carried on to this day.

Beautifully illustrated with artist's interpretations, photographs of fossils and excavations and scientific drawings, Lost Animals brings back to life some of the most charismatic creatures to inhabit the planet, as well as those representing an important link or leap in evolutionary terms. Zoologist Dr John Whitfield discusses those species we have lost, are only just discovering and those thought extinct until rediscovered, and the attempts to conserve and resurrect others.
More books by this author

John Whitfield has a PhD in zoology from the University of Cambridge. In a 20-year career as a science journalist, he has written articles for Science, Scientific American, New Scientist, Slate and the London Review of Books. He has worked for six years at the journal Nature covering topics on evolution, ecology and conservation. John is the author of two popular science books, People Will Talk: The Surprising Science of Reputation and In the Beat of a Heart: Life, Energy and the Unity of Nature.