The Birth of Pop 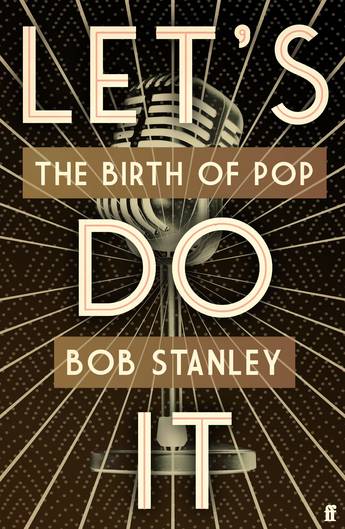 The must-read music book of the year: Bob Stanley's prequel to Yeah Yeah Yeah, Let's Do It is the only book that brings together all genres to tell the definitive story of the birth of Pop, from 1900 to the mid-fifties.

Let's Do It is the definitive history of the birth of Pop, from 1900 to the mid-fifties.

The story begins in 1898 with the first 78 record - the first recorded pop music and mass produced sheet music. It starts with London (and to a degree Vienna) as the heart of popular music - there is no confidence in the American voice.

This begins to change with Ragtime, is exacerbated by Europe tearing itself to bits in WW1, and by the turn of the 1920s America dominates popular culture.

The book features early blues stars Ma Rainey and Bessie Smith, Duke Ellington and the birth of Jazz, Broadway, Race Records and the parallel worlds of white and black music, Radio, Talking Pictures, Crooners such as Bing Crosby who was the first person to develop a new way of singing with a microphone, the dominance of Frank Sinatra, the man who signed both Billie Holliday and Bob Dylan and more.

At the end of the book, the circle has turned and - just for a moment - London again has the pop pulse.
More books by this author

Bob Stanley is a writer, musician, DJ, and film producer. Since founding influential pop group Saint Etienne, Bob has enjoyed a parallel career as a music journalist, contributing to publications such as the Times, Smash Hits, NME, the Guardian and the Face. A former artist-in-residence at the Southbank Centre, his films have been shown at the ICA and Royal Festival Hall, and he has curated several seasons for the Barbican. He is the author Yeah Yeah Yeah, which was the Sunday Times Pop Music Book of the Year and a Rough Trade Book of the Year. His previous book was Excavate: The Wonderful and Frightening World of The Fall, co-edited with Tessa Norton.