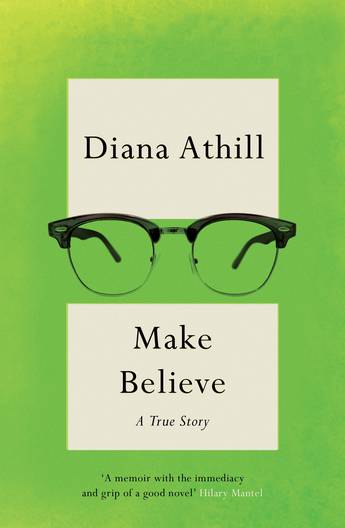 Diana Athill's account of her turbulent relationship with Black Power activist Hakim Jamal in the 1960s: raw and unflinching, a memoir of friendship, love, mania and injustice.

Following a turbulent upbringing, a history of addiction and a committal to an asylum, the teachings of Malcolm X changed Hakim Jamal's life. He became an eloquent, rousing spokesperson for the Nation of Islam movement, moved to London, began a relationship with Gale Benson - the daughter of a British MP - and published a book about Malcolm X, with Diana Athill. Before long, however, he began behaving erratically again, and believed himself to be God.

Raw and unflinching, Make Believe is a memoir of friendship, love, mania and injustice. A witness to his struggles, Athill reflects on her relationship with Hakim with characteristic empathy and candour, whilst charting the events that led to Gale's - and not long after, Hakim's - murder.

'Unnervingly candid, cooly harrowing, redolent of the hectic late Sixties and early Seventies but oddly suggestive of the tortuous depths that all relationships hold' - John Updike
'A memoir with the immediacy and grip of a good novel' - Hilary Mantel
More books by this author

DIANA ATHILL was born in 1917. She helped Andre Deutsch establish the publishing company that bore his name and worked as an editor for Deutsch for four decades. She is the author of eight volumes of memoirs - Stet, Instead of a Letter, After a Funeral, Yesterday Morning, Make Believe, Somewhere Towards the End, Alive, Alive Oh!, A Florence Diary - a collection of letters, Instead of a Book, and a novel, Don't Look At Me Like That, all published by Granta, as well as a collection of short stories, Midsummer Night in the Workhouse (Persephone Books). In January 2009, she won the Costa Biography Award for Somewhere Towards the End, and was presented with an OBE. She died in January 2019.