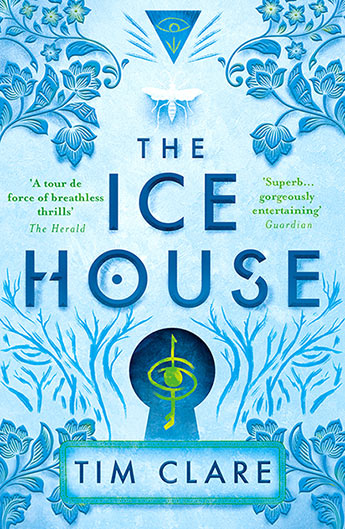 'A strangely beautiful, beautifully strange fantasy' (SFX) about endless life, cheating death and staying true to what matters most from 'one of the UK's most versatile writers' (Grazia).

Delphine Venner remembers everything. She remembers what it is to be a child of war, and what the terrifying creatures from another world took from her all those years ago.

And in that other world, Avalonia, someone waits for Delphine. Hagar, a centuries-old assassin, daily paying a terrible price for her unending youth, is planning one final death, the death that will cost her everything. The death which requires Delphine.

In the battle to destroy an ageless evil, Delphine must remember who she is and be ready to fight once more, as war reawakens.
More books by this author More books in this series

Tim Clare is a writer, poet and musician. He won Best Biography/Memoir at the East Anglian Book Awards for his first book, We Can't All Be Astronauts, while his fiction debut, The Honours, was longlisted for the Desmond Elliott Prize. He has performed his work at festivals and clubs across the world, on BBC TV and radio. Tim has also written for the Guardian, The Times, the Independent and the Big Issue, and presents the fiction writing podcast Death Of 1,000 Cuts.
@timclarepoet | timclarepoet.co.uk