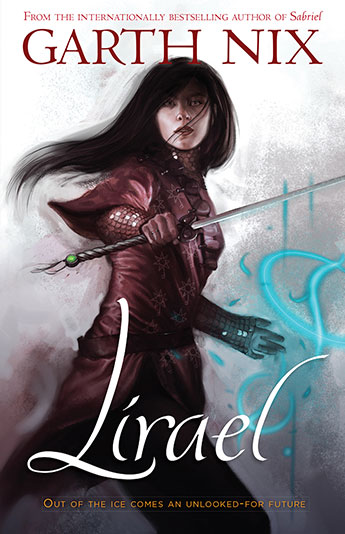 Set in the same dark, magical world as Garth Nix's award-winning Sabriel, this is a spellbinding tale of discovery, destiny and danger, from an exceptional fantasy talent.

Dark forces are abroad once more in the Old Kingdom. Lirael, solitary daughter of the Clayr, and Sameth, the reluctant Abhorsen-in-Waiting, both seek the same man who may hold the key to an ancient evil stirring in the West. But the Dead cannot be laid to rest until the strange secret linking the fate of Lirael and Sameth is revealed.

'A riveting sequel to his acclaimed Sabriel . Readers who like their fantasy intense in action, magisterial in scope, and apocalyptic in consequences will revel in every word.' KIRKUS REVIEWS

'What makes Lirael a delight is the magic that Nix brings to his story and to his characters. It is filled with twists and turns, playful inventiveness and dark magic, and is sure to satisfy his many readers.' LOCUS
More books by this author More books in this series

Garth Nix has been a full-time writer since 2001, but has also worked as a literary agent, marketing consultant, book editor, book publicist, book sales representative, bookseller, and as a part-time soldier in the Australian Army Reserve.

Garth's books include: the YA fantasy Old Kingdom series, including Sabriel, Lirael, Abhorsen, Clariel and Goldenhand; SF novels Shade's Children and A Confusion of Princes; and a Regency romance with magic, Newt's Emerald. His fantasy novels for children include The Ragwitch, the six books of The Seventh Tower sequence, The Keys to the Kingdom series and others. He has co-written several books with Sean Williams, including the Troubletwisters series and the forthcoming Have Sword, Will Travel.

More than five million copies of his books have been sold around the world, they have appeared on the bestseller lists of The New York Times, Publishers Weekly and USA Today and his work has been translated into 42 languages. His most recent book, Frogkisser!, is now being developed as a film by Twentieth Century Fox/Blue Sky Animation.