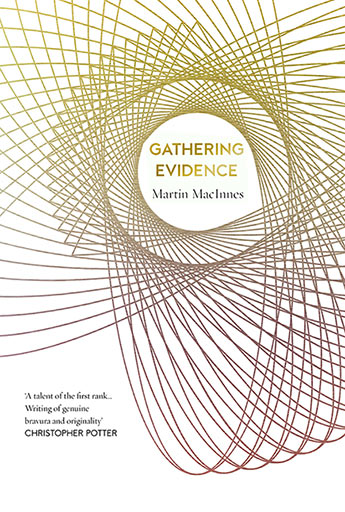 Following up from his award-winning and critically acclaimed debut, Infinite Ground, Scottish novelist Martin MacInnes has written a deeply intelligent and thrilling novel on a family stalked by fear and uncertainty, and of a world both beautiful and terrible.

The world is heating up, species are dying out, and data collection is thriving.

Shel Murray, a primate researcher, is sent to lead a small team investigating suspicious deaths in one of the last remaining troops of bonobo chimpanzees. Establishing base in a national park controlled by an elusive conglomerate, the team encounter odd, then alarming behaviour, suggestions of an unknown predator, and they begin to consider their own safety.

Back at home, Shel's partner, John, a software engineer, is attacked, suffering head trauma. As he tries to rebuild his memory, in a remote house shrouded in fog, he starts to question not only the assault, but his present circumstances. How can he explain the fresh wounds on his body, and the activity he hears during the night? Can he really trust his doctor? And how much should he worry about the pattern of mould growing along the front of the house?

Through their respective projects, Shel and John must confront the threat they face. And a surprise event means that they have never had so much to lose as they have right now.
More books by this author More books in this series

Martin MacInnes was born in Inverness in 1983. He has an MA from the University of York, has read at international science and literature festivals, and is the winner of a Scottish Book Trust New Writers Award and the 2014 Manchester Fiction Prize. He lives in Edinburgh.