Home>Browse>Books>Fiction>When There's Nowhere Else to Run

When There's Nowhere Else to Run 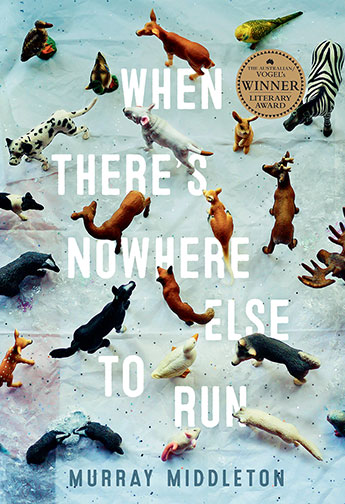 The winner of the 2015 Australian/Vogel's Literary Award is a vivid and compelling collection of stories about people who find their lives unravelling and discover that no matter how many thousands of kilometres they put between themselves and their transgressions, sometimes there's nowhere else to run.

Winner of The Australian/Vogel's Literary Award 2015.

'Masterfully controlled, lingers long in the memory.' Rohan Wilson, author of The Roving Party and To Name Those Lost

In one way or another, isn't everyone on the run?

A survivor of Victoria's Black Saturday bushfires takes asylum with old friends in the Dandenong Ranges. An editor-in-chief drives his sister halfway around the country to an east-coast rehabilitation clinic. A single mother flies to Perth with her autistic son for one last holiday. A father at the end of his tether tries to survive the chaos of the Sydney Royal Easter Show. A group of young friends hire a luxury beach house in the final weeks of one of their lives. A postman hits a pedestrian and drives off into the night.

When There's Nowhere Else to Run is a collection of stories about people who find their lives unravelling. They are teachers, lawyers, nurses, firemen, chefs, gamblers, war veterans, hard drinkers, adulterers, widows and romantics. Seeking refuge all across the country, from the wheat belt of Western Australia, the limestone desert of South Australia, the sugarcane towns of Queensland, the hinterland of New South Wales to the coastline of Victoria, they discover that no matter how many thousands of kilometres they put between themselves and their transgressions, sometimes there's nowhere else to run.

Murray Middleton was born with fractured hips in 1983. He spent the first three months of his life in plaster and has broken most bones since. He won The Age Short Story Award in 2010 with 'The Fields of Early Sorrow'. When There's Nowhere Else to Run is his first published collection of short stories. He currently lives in Melbourne and won't publish a second collection of stories until the Saints win a second premiership.