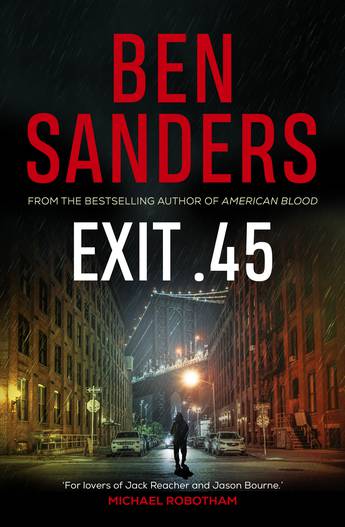 Marshall Grade returns in an action-packed thrillride through the New York underworld.

When a former NYPD colleague is shot dead in front of him, private investigator Marshall Grade discovers there's far more to the killing than meets the eye.

Ray Vialoux is in trouble. Big trouble. And he needs Marshall Grade's help.

Reluctantly, Grade agrees to meet. Over dinner in a Brooklyn restaurant, he learns that his former NYPD colleague owes money - a lot of money - to the wrong people. But the conversation is cut short by gunfire, and suddenly Ray is lying dead on the restaurant floor.

As Marshall investigates the circumstances leading up to the murder, tracking down the drug dealers, bag men, bent cops and mob players within Ray's orbit, it becomes clear there's far more to the killing than a gambling debt. Just who is responsible for Vialoux's death . . . and why? What secrets are his family hiding? And can Marshall find the answers before his own history marks him as the prime suspect?

'It's easy to see what the fuss is about. Sanders' prose is sharper than a switchblade . . . It's like Raymond Chandler, Lee Child and Elmore Leonard rolled into one.' - Sydney Morning Herald on American Blood
More books by this author More books in this series

Ben Sanders is the author of American Blood, Marshall's Law, The Stakes, and The Devils You Know, as well as three New Zealand Fiction Bestsellers: The Fallen, By Any Means, and Only the Dead. Sanders's first three novels were written while he was studying at university; he graduated in 2012 with a Bachelor of Engineering and now writes full-time. Sanders lives in Auckland, New Zealand.