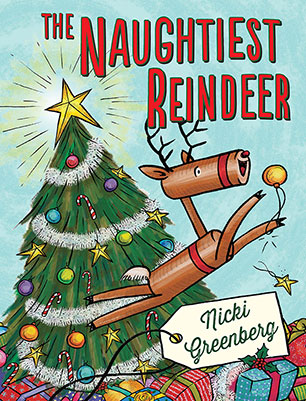 Rudolf the reindeer was lying in bed with a runny red nose and an ache in his head. 'I'm sorry,' he groaned. 'I just can't pull a sled. You'll have to ask my sister Ruby instead.'

It's the night before Christmas and Rudolf is sneezing his little red nose off. So Santa needs another reindeer to help pull the sleigh. Rudolf's sister Ruby is a little reindeer who always finds herself in BIG trouble. Will she find a way to bring her best behaviour? Or will she bring chaos to Christmas Day?

A cheeky and charming celebration of the Christmas spirit.
More books by this author