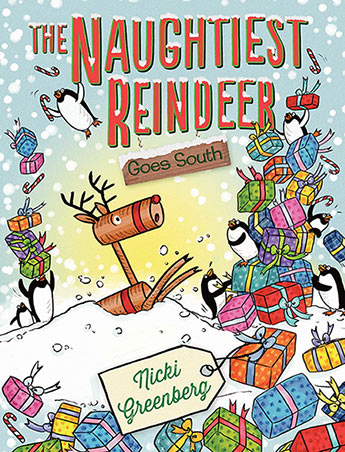 Ruby the excitable reindeer is determined to have another calamitous Christmas! This time at the South Pole - with penguins and seals and sharks and whales all joining in the adventure.

'You're NAUGHTY,' said Rudolf. 'The answer is NO.'

If only Mrs Claus had listened! Letting Ruby lead the sleigh is a recipe for disaster. Ruby's wild ride lands her in a world of trouble, and very far from home. Poor Ruby is stranded, the presents are scattered... and the local penguins are very, very grumpy. How can the naughtiest reindeer avert a Christmas disaster this time?