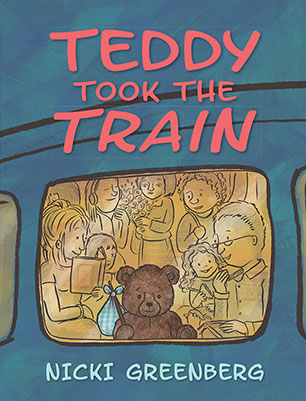 Dot loves Teddy, and Teddy loves Dot. So when Teddy goes missing, she misses him a lot!

But Teddy is a brave bear. What wonderful adventures will he have when he rides away on the train? Will there be picnics? Will there be parties? Will he have time for a nap? And most importantly, will he find his way home to Dot - or will she never see him again?

A thoroughly delightful picture book about courage, resilience and imagination.
More books by this author