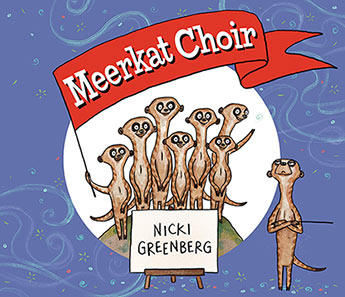 The meerkat choirmaster will only allow meerkats in his choir. But singing is fun and all the other animals want to join in too. A wonderfully funny picture book about the folly of excluding others from your group.

The meerkats are excited. They're ready for their very first rehearsal with their meerkat choirmaster. But just as they're about to sing their very first note, they're interrupted by a steady stream of other animals who want to join in.

The meerkat choirmaster insists his choir is only for meerkats. And he gets grumpier and grumpier at each interruption…

A laugh-out-loud picture book that celebrates the joy of joining in.
More books by this author