A Book About Fonts 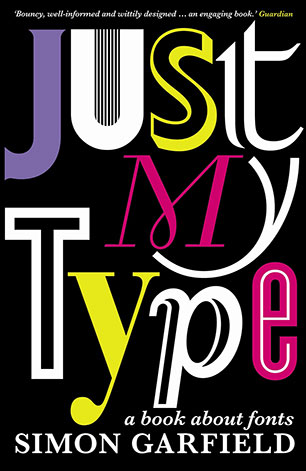 Just My Type is not just a font book, but a book of stories. About how Helvetica and Comic Sans took over the world. About why Barack Obama opted for Gotham, while Amy Winehouse found her soul in 30s Art Deco. About the great originators of type, from Baskerville to Zapf, or people like Neville Brody who threw out the rulebook, or Margaret Calvert, who invented the motorway signs that are used from Watford Gap to Abu Dhabi. About the pivotal moment when fonts left the world of Letraset and were loaded onto computers . and typefaces became something we realised we all have an opinion about. As the Sunday Times review put it, the book is 'a kind of Eats, Shoots and Leaves for letters, revealing the extent to which fonts are not only shaped by but also define the world in which we live.'
More books by this author

Simon Garfield is the author of twelve acclaimed books of non-fiction including Mauve, The Error World and The Nation's Favourite. His edited diaries from the Mass Observation Archive -Our Hidden Lives, We Are At War and Private Battles - were bestsellers, and his study of Aids in Britain, The End of Innocence, won the Somerset Maugham prize. He lives in London and St Ives, Cornwall.