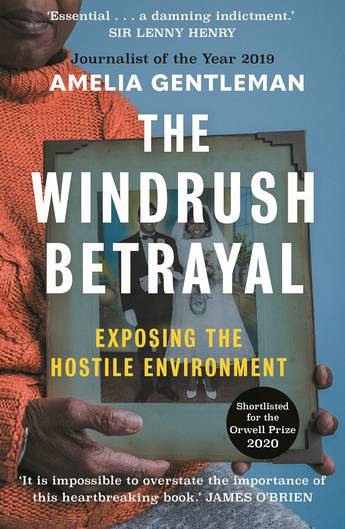 A searing portrait of Britain's hostile environment by the celebrated journalist, longlisted for the Baillie Gifford Prize 2019.

'[Gentleman's] reporting proves why an independent press is so vital.' - Reni Eddo-Lodge

'A timely reminder of what truly great journalists can achieve.' - David Olusoga

'It is impossible to overstate the importance of this heartbreaking book.' - James O'Brien

Amelia Gentleman's expose of the Windrush scandal shocked the nation, and led to the resignation of Amber Rudd as Home Secretary. Her tenacious reporting revealed how the government's 'hostile environment' immigration policy had led to thousands of law-abiding people being wrongly classified as illegal immigrants, with many being removed from the country, and many more losing their homes and their jobs.

In The Windrush Betrayal, Gentleman tells the full story of her investigation for the first time. Her writing shines a light on the people directly affected by the scandal and illustrates the devastating effect of politicians becoming so disconnected from the world outside Westminster that they become oblivious to the impact of their policy decisions. This is a vitally important account that exposes deeply disturbing truths about modern Britain.

'Gentleman boldly chronicles the devastating reality of a scandal that illegalised, imbruted and abandoned British citizens [w]ith the same tenacity that she used to expose the truth of Windrush in the first place'. - David Lammy MP
More books by this author

Amelia Gentleman is a reporter for the Guardian. She was named Journalist of the Year at the 2019 British Journalism Awards and won the 2018 Paul Foot journalism award for her reportage on the Windrush scandal. She has also won the Orwell Prize and Feature Writer of the Year at the British Press Awards. Previously, she was Delhi correspondent for the International Herald Tribune, and Paris and Moscow correspondent for the Guardian.Her first book, The Windrush Betrayal, has been longlisted for the Baillie Gifford Prize 2019. She tweets at @ameliagentleman.