The Truth That Sticks 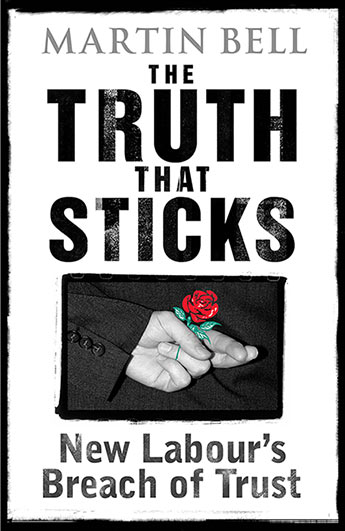 A timely, heartfelt and tough analysis of Britain's New Labour years from a hugely respected journalist and former politician. It is destined to become the definitive critique of the Blair years.

Martin Bell dissects scandals from Bernie Ecclestone to David Blunkett; explores Labour's contempt for democracy, electoral reform and cash-for-peerages; attacks the illegal and utterly disastrous decision to go to war in Iraq, and questions the deployment in Afghanistan - he visited both countries in the course of writing the book. He berates the government for its neglect of the victims of its wars, and the faith-based foreign policy behind their deployment.

He describes the politicization of the Foreign Office and asks how an ethical foreign policy can be consistent with the continued use of cluster bombs. Behind much of this lies the descent of New Labour's media management skills into the telling of bald untruths in the face of overwhelming evidence.

Wide-ranging and pulling no punches, The Truth that Sticks is a crushing analysis of Labour's decade of deception, dishonesty and abuse of power, delivered with precision and great passion.
More books by this author

Martin Bell OBE is one of the best-known and most highly regarded names in British television journalism, having covered assignments for the BBC in more than eighty countries and eleven wars including Bosnia, where millions watched as he was nearly killed by shrapnel. In 1997 Martin became the first independent MP to be elected to parliament since 1950.