Spying and the Crown, from Victoria to Diana 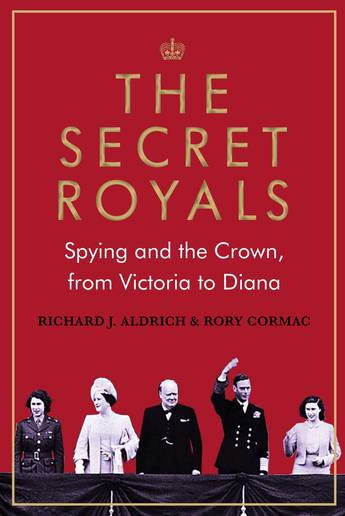 The full story of Britain's most secret partnership: the monarchy and their intelligence services.

For the first time, The Secret Royals uncovers the remarkable relationship between the Royal Family and the intelligence community, from the reign of Queen Victoria to the death of Princess Diana. It shows how the British secret services grew out of persistent attempts to assassinate Victoria and then operated on a private and informal basis, drawing on close personal relationships between senior spies, the aristocracy, and the monarchy. This reached its zenith after the murder of the Romanovs and the Russian revolution when, fearing a similar revolt in Britain, King George V considered using private networks to provide intelligence on the loyalty of the armed forces - and of the broader population.

In 1936, the dramatic abdication of Edward VIII formed a turning point in this relationship. What originally started as family feuding over a romantic liaison with the American divorcee Wallis Simpson, escalated into a national security crisis. Fearing the couple's Nazi sympathies as well as domestic instability, British spies turned their attention to the King. During the Second World War, his successor, King George VI gradually restored trust between the secret world and House of Windsor. Thereafter, Queen Elizabeth II regularly enacted her constitutional right to advise, warn, and ultimately influence policy, raising her eyebrow knowingly at Prime Ministers and spymasters alike.

Based on original research and new evidence, The Secret Royals reveals how far their Majesties still call the shots in a hidden world and presents the British monarchy in an entirely new light.
More books by this author

Richard J. Aldrich is a Professor of International Security at the University of Warwick. A regular commentator on war and espionage, he has written for The Times, Guardian and Daily Telegraph. He is a prize-winning author of several books, including The Hidden Hand and GCHQ.

Rory Cormac is a Professor of International Relations specialising in Secret Intelligence and Covert Action at the University of Nottingham. He is the author of Disrupt and Deny and co-author, with Richard J. Aldrich, of The Black Door.