The Prime Ministers We Never Had

Success and Failure from Butler to Corbyn 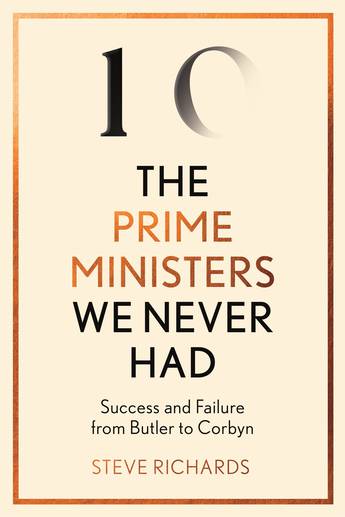 A fascinating history of the almost men and women in UK politics by a seasoned political journalist.

Was Harold Wilson a bigger figure than Denis Healey? Was John Major more 'prime ministerial' than Michael Heseltine? What would Britain look like today if David Miliband had become Labour leader instead of his brother Ed? Would Jeremy Corbyn have done a better job of handling the Covid-19 pandemic than Boris Johnson?

In this piercing and original history, Steve Richards looks at eleven prime ministers we never had, examining what made each of these illustrious figures unique and why they failed to make the final leap to the top. Based on unprecedented access and interviews with figures like Roy Jenkins, Barbara Castle, Michael Portillo, the Miliband brothers and many more, this fascinating study of failure and success sheds new light on some of the most compelling characters in British public life.
More books by this author

Steve Richards is a political columnist, journalist, and presenter. He regularly presents The Week in Westminster on BBC Radio 4 and has presented BBC radio series on Tony Blair, Gordon Brown, David Cameron and Theresa May. He also presented the BBC TV programmes Leadership Reflections: The Modern Prime Ministers and Reflections: The Prime Ministers We Never Had. He has written for several national newspapers including the Guardian, the Independent and the Financial Times. He also presents a popular political one man show each year at the Edinburgh Festival and across the UK.