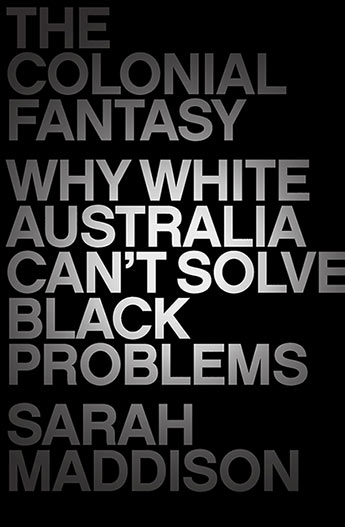 A call for a radical restructuring of the relationship between black and white Australia.

Australia is wreaking devastation on Aboriginal and Torres Strait Islander people. Whatever the policy--from protection to assimilation, self-determination to intervention, reconciliation to recognition--government has done little to improve the quality of life of Indigenous people. In far too many instances, interaction with governments has only made Indigenous lives worse.

Despite this, many Indigenous and non-Indigenous leaders and commentators still believe that working with the state is the only viable option. The result is constant churn and reinvention in Indigenous affairs, as politicians battle over the 'right' approach to solving Indigenous problems.

'Sarah Maddison asks hard questions about whether the promise of Australia can deliver for all. Like all great arguments she has made me question my own beliefs.' - Stan Grant, author of Talking to My Country
More books by this author

Sarah Maddison is Professor of Politics at the University of Melbourne, co-director of the Indigenous-Settler Relations Collaboration. She is author of Black Politics and Beyond White Guilt.

The Colonial Fantasy Chapte... by Allen & Unwin on Scribd