Inside Cambridge Analytica's Plot to Break the World 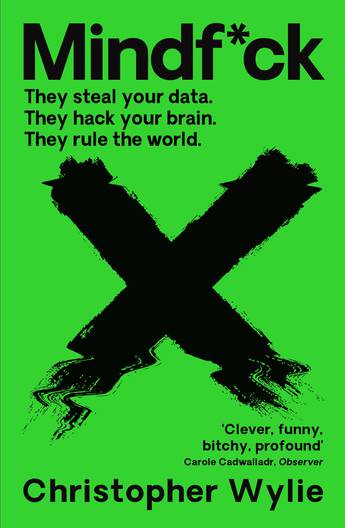 From whistleblower Christopher Wylie, the definitive story of the Brexit coup, the making of Bannon's America, and an ongoing crime against democracy.

In 2016, an obscure British military contractor turned the world upside down. Funded by a billionaire on a crusade to start his own far-right insurgency, Cambridge Analytica combined psychological research with private Facebook data to make an invisible weapon with the power to change what voters perceived as real.

The firm was created to launch the then unknown Steve Bannon's ideological assault on America. But as it honed its dark arts in elections from Trinidad to Nigeria, 24-year-old research director Christopher Wylie began to see what he and his colleagues were unleashing.

He had heard the disturbing visions of the investors. He saw what CEO Alexander Nix did behind closed doors. When Britain shocked the world by voting to leave the EU, Wylie realised it was time to expose his old associates. The political crime of the century had just taken place - the weapon had been tested - and nobody knew.
More books by this author

Christopher Wylie has been called 'the millennials' first great whistleblower' and 'a pink-haired, nose-ringed oracle sent from the future.' He is known for his role in setting up - and then taking down - Cambridge Analytica. His revelations exposing the rampant misuse of data rocked Silicon Valley and led to some of the largest multinational investigations into data crime ever.