Liberalism and its Discontents 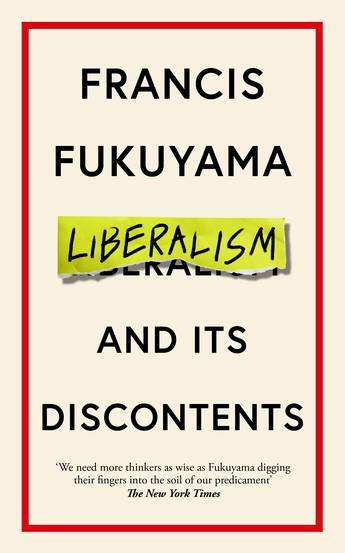 A defence of liberalism by the renowned political philosopher.

Liberalism - the comparatively mild-mannered sibling to the more ardent camps of nationalism and socialism - has never been so divisive as today. From Putin's populism, the Trump administration and autocratic rulers in democracies the world over, it has both thrived and failed under identity politics, authoritarianism, social media and a weakened free press the world over.

Since its inception following the post-Reformation wars, liberalism has come under attack from conservatives and progressives alike, and today is dismissed by many as an 'obsolete doctrine'. In this brilliant and concise exposition, Francis Fukuyama sets out the cases for and against its classical premises: observing the rule of law, independence of judges, means over ends, and most of all, tolerance.

Pithy, to the point, and ever pertinent, this is political dissection at its very best.
More books by this author

Francis Fukuyama is a Senior Fellow at Stanford University. He has previously taught at Johns Hopkins University and George Mason University, alongside serving as a researcher at the RAND Corporation and Deputy Director for the State Department's policy planning staff. His six previous books were also published by Profile.