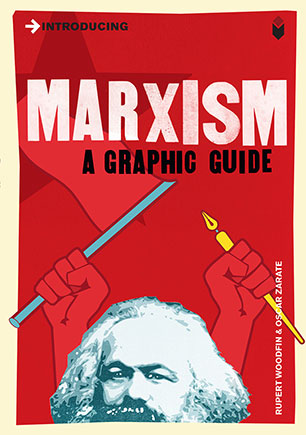 An enjoyable, comic-style book on the hugely influential ideas of Karl Marx and how they have shaped modern history.

Was Marx himself a 'Marxist'? Was his visionary promise of socialism betrayed by Marxist dictatorship? Is Marxism inevitably totalitarian? What did Marx really say? Introducing Marxism provides a fundamental account of Karl Marx's original philosophy, its roots in 19th-century European ideology, and his radical economic and social criticism of capitalism that inspired vast 19th-century revolutions. It assesses Marxism's Russian disciples - Lenin, Trotsky and Stalin - who forged a ruthless dogmatic Communism. This book examines the alternative Marxist approaches of Gramsci, the Frankfurt School of critical theory and the structuralist Marxism of Althusser in the 1960s. It marshals postmodern interpretations of Marxism and raises the spectre of 'post-Marxism' in Derrida's confrontation with Fukuyama's 'end of history' doctrine. Marxism is not simply a phantom of the 20th-century Cold War that once inspired terror. It remains a potent ethical force in our postmodern age of uncertainty.
More books by this author More books in this series

Oscar Zarate is one of the UK's leading graphic artists. He has illustrated numerous Introducing titles. His graphic novel A Small Killing won the Will Eisner Prize.