Notes from a Divided Nation 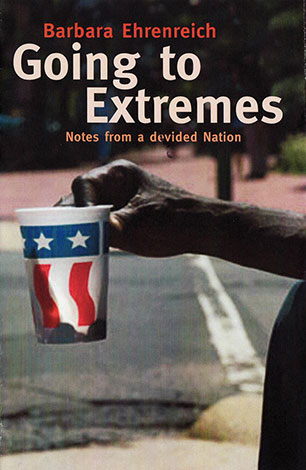 A fiercely sardonic collection of pieces exposing the growing divide in American society, by the author of the bestselling Nickel and Dimed.

America is a grotesquely polarised society and becoming more so all the time. The widening gap between rich and poor over the past eight years has left the country increasingly divided between gated communities on the hand, and trailer parks and tenements on the other. The super-rich travel by private jet, while low-paid workers make multiple bus trips to get to their jobs. A wealthy minority obsessively consumes cosmetic surgery, while the poor often go without basic healthcare for their children.

In Nickel and Dimed and Bait and Switch, and in her journalism, Barbara Ehrenreich has chronicled the growing class divide in America at its most lurid extremes. Going to Extremes is classic Ehrenreich - a brilliant, funny and terrifying collection of pieces about a nation approaching its 2008 election scarred by deepening inequality and corroded by distrust.
More books by this author

Barbara Ehrenreich writes regularly for Time, Harpers, The New York Times Magazine and various British newspapers including The Times and the Guardian. She is the author of fourteen books, including the bestselling Nickel and Dimed, Bait and Switch, and, most recently, Dancing in the Streets. She lives in New Rochelle, New York.