A Secret History of the Space Rocket 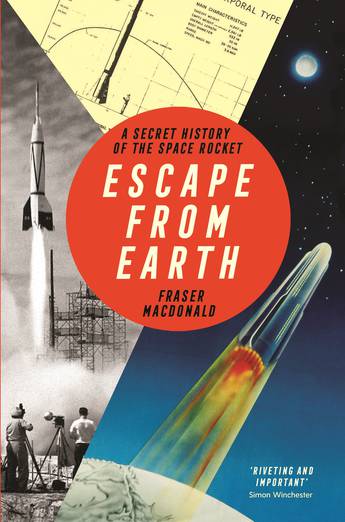 Lies, spies, sex-magic and socialism: the secret history of the first American rocket in space.

Escape from Earth is the untold story of the engineers, dreamers and rebels who started the American space programme. In particular, it is the story of Frank Malina, founder of what became Nasa's Jet Propulsion Laboratory and the scientist who cracked the, as he called it, problem of escape from the Earth by rocket.

It's a wild ride. Jack Parsons, Malina's chemistry-expert research partner, was a bed-hopping occultist with delusions of grandeur. We get all the horrible details: drug parties and sex magic, cameos by Aleister Crowley and L Ron Hubbard, and an ill-fated attempt to start a mail-order religion.

Armed with hitherto unpublished letters, journals, and documents from the Malina family archives, Fraser MacDonald reveals what we didn't know. Jack Parsons betrayed Frank Malina to the FBI, cooperating fully in their investigation of Malina for un-American activities. The Jet Propulsion Lab's second director secretly denounced Frank as a Communist. Frank's research group had close ties to the spy network of the infamous Rosenbergs - the only Americans executed during the Red Scare. This is a story of soaring ideals entangled in the most human of complications: infidelity and divorce, betrayal and treason.
More books by this author

Fraser MacDonald is a lecturer in Human Geography at Edinburgh University where he teaches historical geography and the history of science. He has a regular byline at The Guardian and has also written for Aeon Magazine, The Herald, The Age, The Australian, the LRB Books blog, amongst others publications.