Whistleblowing in an Age of Fraud 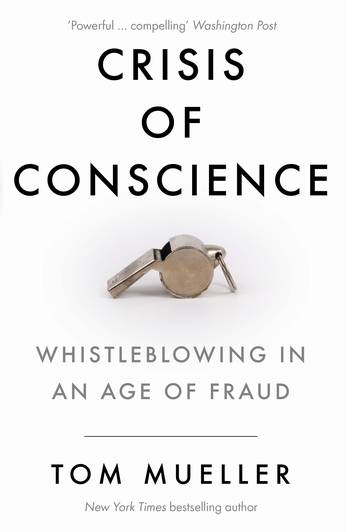 A David-and-Goliath story for our times: the riveting account of the heroes who are fighting a rising tide of wrongdoing by the powerful, and showing us the path forward.

'Powerful...His extensively reported tales of individual whistleblowers and their often cruel fates are compelling...They reveal what it can mean to live in an age of fraud.' - Washington Post

We are living in a time of mind-boggling corruption, but we are also, as it happens, living in a golden age of whistleblowing. Over the past two decades, the brave insiders who decide to expose wrongdoing have gained unprecedented legal and social stature, emerging as the government's best weapon against corporate misconduct - and the citizenry's best defense against government gone bad. They are also forcing us to consider fundamental questions about our democracy, especially the proper balance between free speech and state secrecy, and between
individual rights and corporate power.

Drawing on relentless original research, including in-depth interviews with more than 200 whistleblowers and the elite coterie of legal trailblazers who have armed them for battle - plus scores of politicians, intelligence analysts, government watchdogs, cognitive scientists, and other experts - Crisis of Conscience is a modern-day David-and-Goliath saga, told through a series of riveting cases drawn from Big Pharma, the military, and beyond. Whistleblowers are not only heroes who expose and anatomise corruption and ensure that it is punished usually at enormous cost to themselves - Mueller shows how they are also models we all must think and act more like if our democracy is to survive.
More books by this author

Tom Mueller's writing has appeared in The New Yorker, National Geographic, The New York Times Magazine, and The Atlantic Monthly. He is the author of the New York Times-bestselling Extra Virginity: The Sublime and Scandalous World of Olive Oil.