Technology and the Threat of Disaster 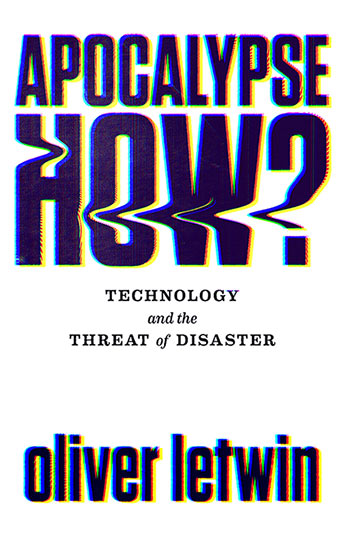 An urgent and eye-opening examination of how technology is leaving society open to myriad catastrophic threats.

As the world becomes better connected and we grow ever more dependent on technology, the risks to our infrastructure are multiplying. Whether it's a hostile state striking the national grid (like Russia did with Ukraine in 2016) or a freak solar storm, our systems have become so interlinked that if one part goes down the rest topple like dominoes.

In this groundbreaking book, former government minister Oliver Letwin looks ten years into the future and imagines a UK in which the national grid has collapsed. Reliant on the internet, automated electric cars, voice-over IP, GPS, and the internet of things, law and order would disintegrate. Taking us from high-level government meetings to elderly citizens waiting in vain for their carers, this book is a wake up call for why we should question our unshakeable faith in technology. But it's much more than that: Letwin uses his vast experience in government to outline how businesses and government should respond to catastrophic black swan events that seem distant and implausible - until they occur.
More books by this author

Sir Oliver Letwin is MP for West Dorset. He has been an academic at Cambridge and Princeton universities, an investment banker and a cabinet minister at the top of the UK government. He lives in West Dorset and London.