How networks of powerful mates rip off everyday Australians 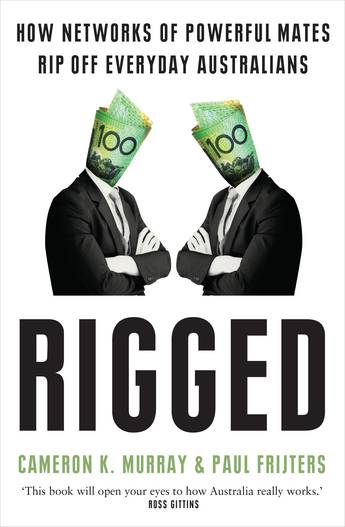 The shocking story of how networks of Mates have come to dominate business and government, and managed to rob the majority of ordinary Australians of half our wealth.

'This book will open your eyes to how Australia really works. It's not good news, but you need to know it.' - Ross Gittins

'You'll be shocked at how far the Mates have their hand in your pocket.' - Nicholas Gruen

Australia has become one of the most unequal societies in the Western world, when just a generation ago, it was one of the most equal. This is the story of how networks of Mates have come to dominate business and government, robbing ordinary Australians.
Every hour you work, thirty minutes of it goes to line the Mates' pockets rather than your own. Mates in big corporations, industry groups, government departments, the halls of parliament and the media skew the system to suit each other. Corporations dodge taxes, so you pay more. You pay more for your house and higher interest rates on your mortgage, more for your medicines and transport, and more for your children's education and insurance, because the Mates take a cut.
Rigged uncovers the pattern of political favours, grey gifts and information sharing that has been allowed to build up over two decades. Drawing on extensive economic research, it exposes the Game of Mates as nothing less than corruption on a grand scale across Australia, and how Australia has fallen behind other countries in combatting it.
More books by this author