Stories of Life, Choice and the Right to Die 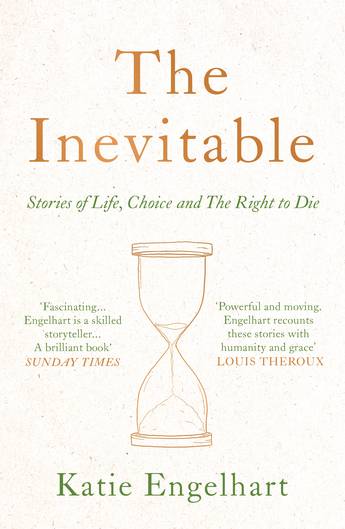 A compelling and beautifully written exploration of the topic which breaks all taboos: assisted death.

'Powerful and moving. Engelhart recounts the stories of those she meets with humanity and grace.' - Louis Theroux

Meet Adam. He's twenty-seven years old, articulate and attractive. He also wants to die. Should he be helped? And by whom?

In The Inevitable, award-winning journalist Katie Engelhart explores one of our most abiding taboos: assisted dying. From Avril, the 80-year-old British woman illegally importing pentobarbital, to the Australian doctor dispensing suicide manuals online, Engelhart travels the world to hear the stories of those on the quest for a 'good death'.

At once intensely troubling and profoundly moving, The Inevitable interrogates our most uncomfortable moral questions. Should a young woman facing imminent paralysis be allowed to end her life with a doctor's help? Should we be free to die painlessly before dementia takes our mind? Or to choose death over old age? A deeply reported portrait of everyday people struggling to make impossible decisions, The Inevitable sheds crucial light on what it means to flourish, live and die.
More books by this author

Katie Engelhart is a reporter and documentary film producer from Toronto and based in New York City. She is also a National Fellow at New America. Katie has worked as a correspondent for VICE News, based in London, and NBC News in New York. Her writing has appeared far and wide. Formerly, she was a graduate student of history and philosophy at Oxford University. This is her first book.