The Descent of Woman 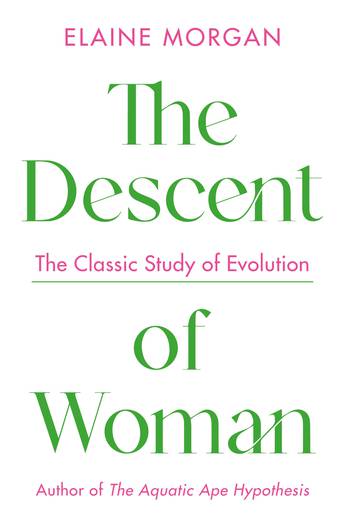 According to the Book of Genesis, God first created man. This justified treating women as inferior.
Until this book.

Elaine Morgan argues for equal role of women in human evolution. This text in feminist history starts with the demolition of the Biblical myth that woman was an afterthought to the creation of man. It is a useful work in Women's Studies and Anthropology.

The Descent of Woman is a pioneering work, the first to argue for the equal role of women in human evolution. On its first publication in 1972 it sparked an international debate and became a rallying-point for feminism, changing the terminology of anthropologists forever. Starting with her demolition of the Biblical myth that woman was an afterthought to the creation of man, Elaine Morgan rewrites human history and evolution.
More books by this author

Elaine Morgan OBE, FRSL, was born in 1920, and after studying at Oxford University, worked as a television writer. In 1972, she published The Descent of Woman suggesting that human evolution had an aquatic origin. This idea was attacked at first by scientists but the book became an international bestseller. In the decades since, Morgan's aquatic ape hypothesis has gained widespread support. Her book on the theory, The Aquatic Ape Hypothesis, is also published by Souvenir Press. She died in 2013.