Setting should never be taken for granted. By selecting and highlighting aspects of the setting, and using the power of words to evoke atmosphere and sensations, writers can bring readers closer to the action and provoke responses in them.

Some novels and stories are unimaginable without their settings or in alternative settings: the small towns and farms of southern Ontario in the short stories of Alice Munro, for example, the Texas/Mexico border country in the novels of Cormac McCarthy, the Louisiana bayous of James Lee Burke's crime novels, the grasslands and imagined landscapes of Gerald Murnane, Martin Amis' London and the inner-city suburbs of Helen Garner. In each case the setting influences not only characters, actions and milieu but also tone and style. For example, Burke's characters and language are dark and sultry, in keeping with the steamy landscape.

Elements of the setting

A setting is composed of one or more of the following elements:

Appeal to the five senses.

Stories and novels (and non-fiction, such as travel books) are vivid and easier to appreciate when readers are encouraged to touch, hear, see, smell and taste aspects of the setting. Compare these two passages:

In the second passage readers are invited to imagine what it would be like to touch a dead man's face. They are brought into the scene, closer to the action, and encouraged to respond along with the narrator; the sensual detail evokes a more imaginable, and therefore vivid, picture. But note, too, the clipped, abrupt style: it adds to the intended effect, and helps characterise the narrator. It's not unusual for more than one effect to be at work in a passage of writing.

Here the other senses are engaged:

'He pulled his foot free of the mud with a sound like the tearing of a cotton sheet.'
The reader is being asked to hear a specific and recognisable sound in this sentence. Another important writers' tip is also operating here: it's better to be specific than general. The writer might have written 'with a sharp sound', but there are many kinds of sharp sounds; the 'tearing of a cotton sheet' is a much more precise description.

'Anna bent her head to his little neck, closed her eyes and breathed deeply of the talc, the freshly laundered blanket, his milky skin.'
This is better than 'Anna breathed in his baby smells', for it's specific, tells us something about Anna and shows her reacting to her environment.

'Just across the field from us was an oak forest, no more than a grey smudge in the endless slanting rain.'
This tells the reader what the scene looks like, and also gives information about light quality and air temperature. It appeals to other senses as well as sight: one can almost hear, smell and touch this scene.

Taste is not often evoked in fiction (unless the subject is food), but, like smell, taste is one of the most powerful senses. A windy beach scene would be more vivid if readers could taste the salt spray, for example.

Sometimes a particularised absence of sensory details can be effective; for example, to emphasise the barrenness of a landscape.

A useful exercise for new writers attempting to develop their powers of observation is to follow the advice of Dorothea Brande, as given in her writers' handbook, Becoming a Writer, 'turn yourself into a stranger in your own street'. In other words, take nothing for granted but view a familiar setting with fresh eyes. 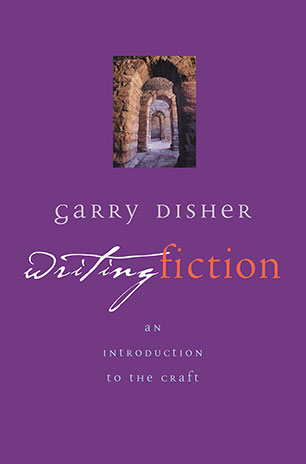 Clearly and compactly explains the fundamentals of good fiction-writing, with examples from a wide variety of known writers.