Landscapes of contrast and contradiction 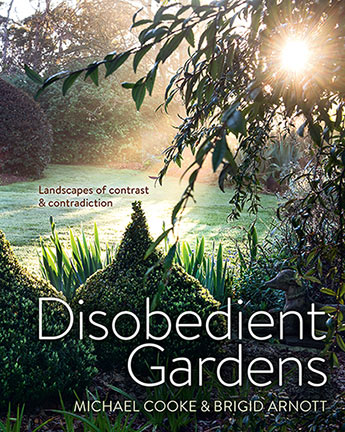 Superbly photographed stories of five gardens of character and 'inner spirit' that have been shaped by the friendship between their owners and their designer.

Landscape designer Michael Cooke presents five of his superbly designed gardens, including his own, which are illustrated by the lyrically beautiful photographs of coauthor Brigid Arnott. The selected landscapes encapsulate the characteristics he considers vital in the making of a truly beautiful, liveable garden. They have a distinct 'voice' of their own, reflecting not only the personality and style of the owners, but also the longstanding relationship and emotional connection between the owners and Michael, who has maintained and developed the gardens over many years. Significantly, they all feature elements of wildness combined with a degree of order. These characteristics lend the gardens great character and texture: the landscapes may be magnificent, but they all have an organic quality, imperfections, amid a degree of 'disobedience' that makes them distinctive and compelling.
More books by this author

Michael Cooke has been designing gardens since 1983. Shortly after completing his studies in horticulture he purchased a nursery specialising in rare and unusual plants, before opening a boutique garden centre. Today he focuses solely on design. He and his team have undertaken commissions around Australia and internationally; for example, at Bath in the UK, reworking a beautiful historic garden surrounding a 13th century priory. Michael has been garden editor for Marie Claire Lifestyle, and written for many other magazines (including Gardens Illustrated) and newspapers. He and his gardens have been featured on several television gardening programs. In 2002 Penguin/Viking published his first book, Time in the Garden. Brigid Arnott studied photography and advertising and has worked in advertising agencies around Australia as an art director. She has also travelled widely and was a travel photographer for Canon. Her husband introduced her to Michael Cooke and his gardens: she found them so beautiful she asked if she could photograph one, and from there she began regularly shooting memorable garden images with him. Brigid photographs gardens, interiors, architecture and lifestyle for interior design magazines and architectural publications.